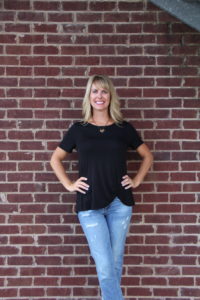 Natalie established NDN studio in 1996. In the summer of 1996, Natalie was asked to teach a few students dance lessons. She held an open house and the story goes from there. Natalie began training at the age of 4 with Candy Shriver. She learned early on that she loved dance. Her primary training was with The Performing Arts School of Dance with Mandy Smith. In high school, Natalie was a member of the Clarksville High School Dance Team and is an alumni of the first Austin Peay State University Dance Team. Upon graduation Natalie received a degree in Health and Human Performance with a minor in Wellness Promotion.

Natalie’s highlights include being chosen at the age of 10 to dance in the “Fall staff” opera.  She has also judged and choreographed many middle and high school dance teams, cheerleading routines, spring shows, drama department productions and half-time football band routines as well as choreographing for the Clarksville Parks and Recreation Department.  Natalie choreographed for the Clarksville Academy Spring Production Dinner Show for years.  Natalie was chosen to choreograph the commercial “We Do Digital” by Camera World.

Mrs. Natalie was chosen from the Dance Makers Incorporated Staff on November 30th, 2008 for the “MARJORIE PERRY SPIRIT AWARD” for her love, dedication, and enthusiasm to her dance students and studio.” Natalie has been recognized numerous  times for having won best choreography, most entertaining,  backstage spirit awards, highest scoring routine and Best of the Best routines.  She has also won trips, special judges awards along with cash prizes and scholarships for her dancers.

Natalie has traveled to New York, Chicago, Florida, South Carolina, California (just to name a few), to train under the world’s best choreographers such as Barry Youngblood, Marcus Alford, Frank Hatchett, The late Steven Boyd and Janice Berigner.  She is always keeping her eyes open and her mind free to learn the “hottest” and “newest” dance moves of today. 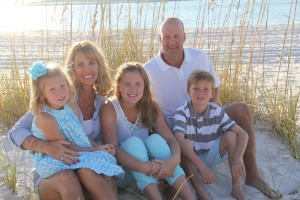 NDN students are national title holders as well as both regional,national and local title winners.  NDN dancers have gone on to dance on their college dance teams, NFL teams,  Sea World & casted in film productions.  The studio has won Clarksville’s Best Dance Studio  numerous times along with the Reader’s Choice Award, Clarksville Award Program, and the Main Street Award for best gymnastics/martial arts/ and dance studio in Montgomery County.

Natalie feels very blessed by God to have a job that she adores and to be able to share her God given talent with all the children of today.

Philippians 4:13 “I can do all things through Christ who gives me strength” 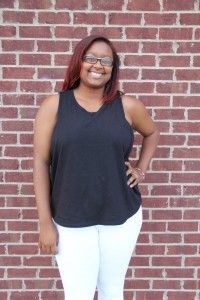 Chanice is from Antioch, TN.  She began her dancing years at Cathy’s Dance Studio in Nashville, TN at the age of 3.  At the age of 15, she enrolled in the Nashville School of the Arts.  This allowed Chanice to grow not only as a dancer but as a choreographer as well.  She has a lyrical vision like no other! You can feel her love and story telling as you watch Chanice’s pieces.

Chanice moved to Clarksville  in 2014 hoping to continue her passion of dance and choreography.  This will be Chanice’s eighth year with Natalie’s Dance Network.

Kemmian, a native of Jackson, TN, started studying dance at the age of 12.  While in high school Kemmian booked his first gig with Wade Robson, a choreographer that showed Beard that dancing was more about movement than technique.  While attending college at Middle Tennessee State University, he joined the Middle Tennessee Performing Arts Company.  He later became an award winning choreographer for the company, winning the Twyla Tharp award for best choreography in 2004, 2005, and 2006.  He founded his own company in 2005 that later became know as Southern Movement Dance Company.  Since, he has choreographed and danced for some of today’s top artist in the industry, such as P.Diddy, Tamia, Trey Songz, Nappytabs, and Mia Michaels.  In 2009, he was featured on the hit T.V. show for MTV, Randy Jackson’s “America’s Best Dance Crew”, where he choreographed and danced with selected members of his dance company.  This will be Mr. Kemmian’s 8th year with Natalie’s Dance Network. 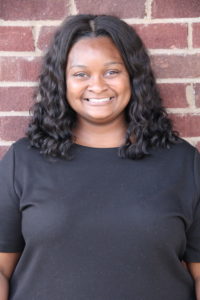 Cierra is entering her 5th year of teaching at Rossview High School.  At RHS, she is a chemistry teacher and the head coach of the RHS dance team.  In May  2019, she graduated with her Masters of Teaching from Austin Peay State Univerisity.   She has been living in the Clarksville area for the past 15 years.  She is a former dancer from Natalie’s Dance Network since 2004 where she trained in ballet, tap, jazz, lyrical, hip hop, and musical theater.  Cierra was on the award winning NDN competition company for 7 years where she received numerous awards performing her solos, duets, and groups.  While Cierra was attending college at the University of Tennessee at Chattanooga, she danced for the Elite majorette team and was also crowned Miss Omega Psi in 2015.  Cierra is excited to be back at her home roots and spread her love of dance to the next generation.

Lauren is from Overland Park, KS.  She started dancing at 10 years old at Leigh’s School of Dance in Olathe, KS.  It was here she trained in jazz, tap, ballet, contemporary, modern, hip-hop, musical theater, technique and dance team technique/style.  In addition to dancing for the national competitive team at Leigh’s School of Dance she also was apart of her national title winning varsity dance team at Olathe East high school, and a Sudler Trophy Winner as a Classy Cat at Kansas State University.  It was here she trained under Kristin Sudeikis, Mina Estrada, Camille Loftin, Caleb Brauner, Andie Stitt, Marc Wayne and many more.

In 2020, Lauren moved to Fort Campbell, KY where she is a current student at Austin Peay State University and a current member of the APSU dance team.  Lauren not only holds the Head Coach position at Fort Campbell High School but is excited this will be her first year teaching at NDN!

“Change begins at the end of your comfort zone” –

Natalie grew up in Clarksville, TN.  She started dance at the age of 3 at Natalie’s Dance Network.  At 9 years old she found her passion and love for dance and it continued on for the next 10 years.  Throughout her time at the studio, she trained in a variety of dance styles at a competitive level.  She was apart of the award winning NDN competition company.  Natalie won numerous awards for her solos, duets and group routines.  She was also a captain of her dance team at Northeast High School.  There she choreographed many routines for school events.  By the age of 16, Natalie began assisting the other instructors at NDN.  She is currently a sophomore at Austin Peay State University.  She loves being a part of the NDN staff and starting her 2 year teaching!

1 Corinthians 13 4-8 “Love is patient, love is kind.  It does not envy, it does not boast, it is not proud.  It does not dishonor others, it is not self-seeking, it is not easily angered, it keeps no recored of wrongs.  Love does not delight in evil but rejoices with the truth.  It always protects, always trusts, always hopes, always perseveres.  Love never fails.”